CLICK ON BOOK TO OPEN A TAB TO AMAZON

Searching for Justice After the Holocaust: Fulfilling the Terezin Declaration and Immovable Property Restitution

The Nazis and their state-sponsored cohorts stole mercilessly from the Jews of Europe. In the aftermath of the Holocaust, returning survivors had to navigate a frequently unclear path to recover their property from governments and neighbors who had failed to protect them and who often had been complicit in their persecution. While the return of Nazi-looted art has garnered the most media attention, and there have been well-publicized settlements involving stolen Swiss bank deposits and unpaid insurance policies, there is a larger piece of Holocaust injustice that has not been adequately dealt with: stolen land and buildings, much of which today still remain unrestituted. This book is about the less publicized area of post-Holocaust restitution involving immovable (real) property confiscated from European Jews and others during World War II 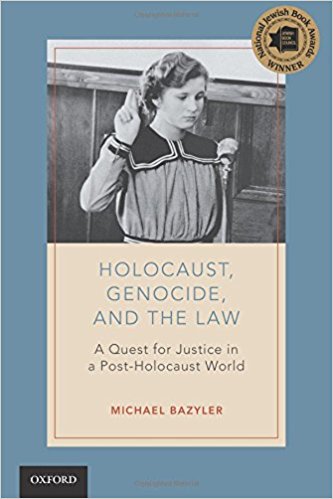 Holocaust, Genocide, and the Law: A Quest for Justice in a Post-Holocaust World

A great deal of contemporary law has a direct connection to the Holocaust. That connection, however, is seldom acknowledged in legal texts and has never been the subject of a full-length scholarly work. This book examines the background of the Holocaust and genocide through the prism of the law; the criminal and civil prosecution of the Nazis and their collaborators for Holocaust-era crimes; and contemporary attempts to criminally prosecute perpetrators for the crime of genocide. It provides the history of the Holocaust as a legal event, and sets out how genocide has become known as the "crime of crimes" under both international law and in popular discourse. It goes on to discuss specific post-Holocaust legal topics, and examines the Holocaust as a catalyst for post-Holocaust international justice. Together, this collection of subjects establishes a new legal discipline, which the author Michael Bazyler labels "Post-Holocaust Law."

Holocaust Justice: The Battle for Restitution in America's Courts

The Holocaust was not only the greatest murder in history; it was also the greatest theft. Historians estimate that the Nazis stole roughly $230 billion to $320 billion in assets (figured in today’s dollars), from the Jews of Europe. Since the revelations concerning the wartime activities of the Swiss banks first broke in the late 1990s, an ever-widening circle of complicity and wrongdoing against Jews and other victims has emerged in the course of lawsuits waged by American lawyers. These suits involved German corporations, French and Austrian banks, European insurance companies, and double thefts of art—first by the Nazis, and then by museums and private collectors refusing to give them up. All of these injustices have come to light thanks to the American legal system. 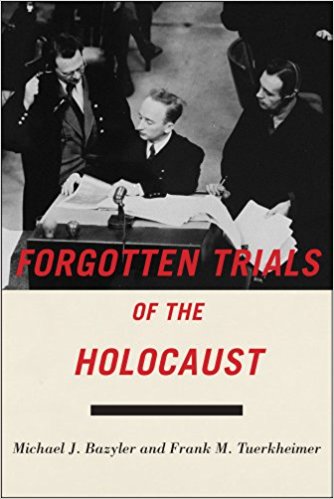 Forgotten Trials of the Holocaust

This book uncovers ten “forgotten trials” of the Holocaust, selected from the many Nazi trials that have taken place over the course of the last seven decades. It showcases how perpetrators of the Holocaust were dealt with in courtrooms around the world, revealing how different legal systems responded to the horrors of the Holocaust. The book provides a graphic picture of the genocidal campaign against the Jews through eyewitness testimony and incriminating documents and traces how the public memory of the Holocaust was formed over time. 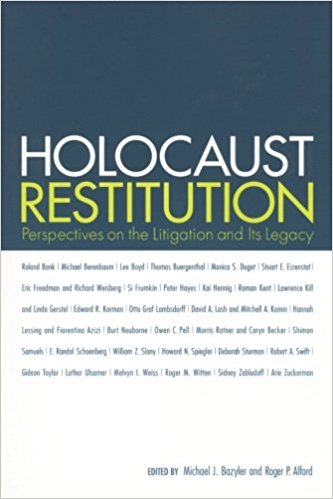 Holocaust Restitution: Perspectives on the Litigation and Its Legacy

From lawyers and State Department officials to survivors and heads of key institutes involved in the negotiations, the volume brings together the central players in the Holocaust restitution movement, both pro and con. The volume examines the claims against European banks and against Germany and Austria relating to forced labor, insurance claims, and looted art claims. It considers their significance, their legacy, and the moral issues involved in seeking and receiving restitution. 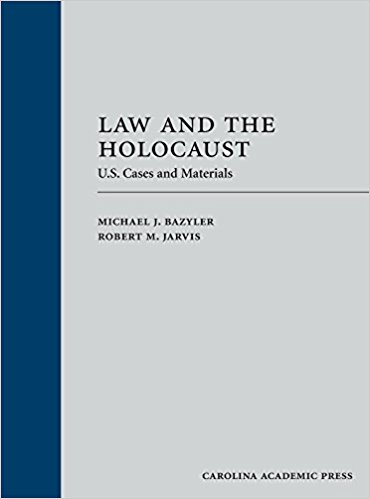 Law and the Holocaust: U.S. Cases and Materials

Law and the Holocaust: U.S. Cases and Materials uses federal and state court decisions to teach students about one of humanity's greatest calamities. Part I situates the Holocaust as a legal event. Part II focuses on the prosecution of Nazi war criminals. Part III describes the efforts of Holocaust victims to obtain financial compensation through civil lawsuits. Lastly, Part IV considers the extent to which the First Amendment protects neo-Nazis. The first casebook of its kind, Law and the Holocaust features 71 principal cases, 290 notes, 26 statutory appendices, 31 photographs, and three maps. 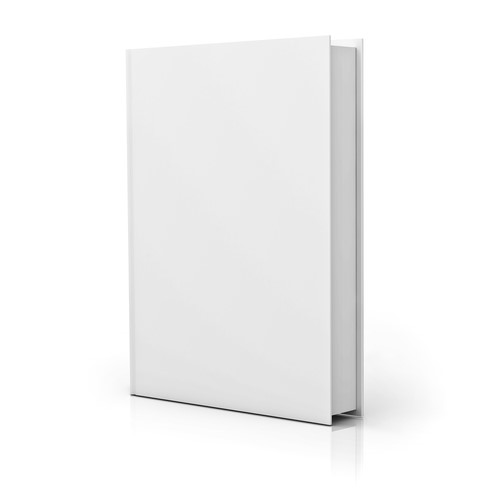 Global Legal Traditions: Comparative Law for the 21st Century explores four legal traditions from around the world, both Western (German civil law and English common law) and non-Western (Chinese law and Islamic law). The book opens by focusing on European-based civil law, represented by German law, before moving on to the common law legal tradition seen in English law.